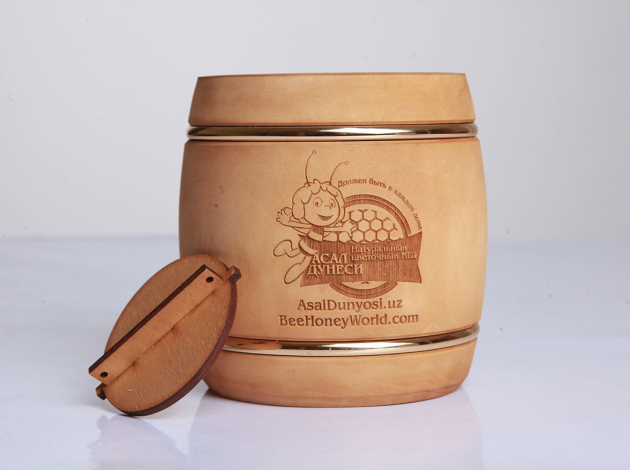 Not every day you can hear about honey from Ferula, asafetida (Ferula assafoetlda L.). This is one of the rare and most useful types of honey and has unusually valuable healing properties. And all thanks to the honey plant, which is not only unique, but even endowed with almost magical properties.

Asafoetida - a perennial spicy-aromatic plant. It is known to people since ancient times. In translation from the Latin "foetidus" literally means "stinking". The plant truly has a sharp and unattractive smell at times exceeding the smell of garlic.

According to legend, the king of Egypt, being sick, sent his people to Iran to get medicinal herbs for his healing. Having drunk the medicine prepared on the basis of that herb, he recovered.

The great scientist of Uzbekistan Abu Reyhan Beruni wrote about the medicinal properties of this honey plant in the 11th century: "It causes indulgence, expels large and small worms, makes urine abundant, strengthens digestion of food ...". It was used in ancient Rome.

The great doctor Avicenna said that the regular use of drugs based on this plant creates favorable conditions for strengthening immunity. He used it to treat skin, neuromuscular, eye and infectious diseases.

Until today it is used as a tonic and firming remedy. In combination with other medicinal plants it is used for the treatment of pneumonia, bronchitis, tuberculosis, in the treatment of oncological diseases, inflammation of the stomach and intestines, heart diseases.

In the deserts of Uzbekistan and Kazakhstan it blossoms from 10 - 25 April. On the second day, at a temperature of 12-13 ° and relative humidity of 70-80%, nectar begins to be released. Nectaries in flowers are located openly, so the release of nectar depends on the weather.

In the years of its abundant flowering, the maximum indications of the control hive per day were 900-1000 g, and the minimum - 200 g. The honey production of one hectare of blooming asafoetida is 16-18 kg, in some cases more than 20-25 kg. Pollen bees collect pollen as readily as nectar.

• Vanillin and a number of other substances.

Honey from ferula has: